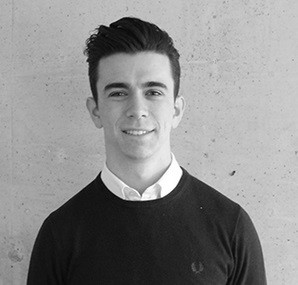 Stephen has moved onto pastures new, but this was his bio when he did work with us, and very good it is too: Design-with-purpose has always been a passion of Stephen's, and this enthusiasm lead him to study Architecture at Plymouth University. Discovering an interest for individualist living and fighting against the modular units seen in high rise blocks, found him seeking a role where he could help develop others ideas on personalisation. Stephen's favourite type of architecture is that which is heavily influenced by its surroundings. For example, Build Team's Battersea project in SW8 captures the traditional style of the house with some fantastic design features. For example, the incorporation of an internal window, which allows light to flow throughout the property.

Many areas which have already declared climate emergency say they want to be carbon-neutral by 2030 which could be aided by the provision of electric car hubs promoting electric cars for residents or through building sustainable homes.

The target for the UK is to have zero emissions by 2050.

UK Student Climate Network has called for ecological crisis to form part of the educational priority and to be included within the national curriculum.

Extinction Rebellion – the group who held recent protests in UK cities including London, Manchester and Newcastle – also wants a new legally binding target set for the UK to reduce its carbon emissions to net zero by 2025, 25 years before the current UK target.

Committee on Climate Change have suggested more than 60% of emission reductions will involve behavioural change. Some of this has been implemented through policy already however it is likely forced changes will play a larger part in altering our attitudes towards impactful practices.

We have already experienced a motion to eliminate single use plastics though 5p bag charge, the isolated incidents of swapping plastic straws for paper straws and most recently the governments ban on plastic straws, drink stirrers and cotton buds by April 2020.

New homes in the UK will not be able to install a Gas Boiler due to a ban from 2025 in place lower carbon options. Gas hobs will still be allowed. All boilers therefore will be electric or powered by renewable sources such as Biomass.

Heating a home with electricity can be more expensive than with gas, therefore is a slightly less attractive option. However as more renewable sources feed power into the national grid, the electric option is more attractive for those seeking to do their bit to reduce emissions. It is possible to improve the thermal efficiency of homes, particularly in new homes or as part of home extensions. The increased thermal efficiency will reduce the amount of power required to heat the home thus will reduce the cost.

A possible solution could be to combine an electric boiler with a couple of solar panels to aid production of power so that the electric boiler is not solely reliant on power from the mains.

Climate croups are calling for more to be done to reduce the impact the UK is making on the climate. There are calls for the sale of petrol and diesel cars to be banned from 2030 with all new cars being powered by electricity and a greater incentive to improve the poor and inefficient housing stock.

Smart homes are not only a luxury anymore, it is beginning to be the new normal, considering the kind of lifestyle we have now-a-days. If you are considering renovating your home, consider being ‘smart’ about it. Smart homes are a result of technological advances. It…

esthetic appeal, indoor plants are beneficial in terms of removing toxins from air and purifying the air we breathe, and for our body and mind. They energise our mind and encourage deep sleep in some cases.

Solar panels, also known as photovoltaics (PV) is form of a renewable energy. It capture sun’s energy and becomes energised, and converts it to electricity that we can use. A solar PV panel consists of many cells that are semi-conducting materials, which generate electricity when…

Green roof or eco-roof is a layer of vegetation planted over a flat, or slightly inclined waterproofed roof. There are mainly three types of green roofs: Intensive, semi-intensive and extensive. While the basic advantages of all three roof types is quite similar, there is slight…

Green Roof Benefits: With the shift in dynamics for creating a more sustainable environment, we want to contribute our bit by sharing with you, the concept of a green, landscaped roof.

The Cost Of Living

With the rising energy prices in the UK due to the current energy crisis, now would be as good a time as ever to start thinking and implementing ways in which we can plan and incorporate elements within your household to not only save you money on your living costs but also help the environment.