Why choose Design & Build over the “Traditional” Model

Why choose Design & Build over the “Traditional” Model 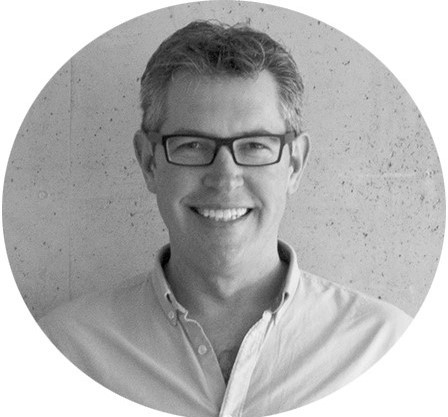 In 2007 Dan founded Build Team, a home extension specialist that offers a Design & Build service to homeowners across London. Dan lives in Dulwich with his wife and two sons and enjoys cycling, tennis and skiing. He is a trustee to the Board of Groundwork London, a charity established in 1982, which aims to support local economies to promote environmental sustainability, and to provide young people with support and employment opportunities to further their careers.

A question we are often asked by prospective clients is what makes a Design and Build company a better option than the traditional model of using an architect and then contractor. There are a number of key reasons which make an end to end model more attractive for the standard home extension, it can not only save you time but sometimes money too, so it is worth exploring both options to see what works best for you.

What is the “Traditional” model?

The “traditional” procurement model for major building works is where the client first appoints an architect, who in turn produces plans, and following receipt of planning permission a structural engineer is typically appointed and with all the necessary build information in place, the architect the orchestrates the tender process. A shortlist of contractors (typically five, but sometimes three) are then invited to tender for the works, the architect then reviews these tenders and makes a recommendation which is put to the homeowner to make the final decision. On appointment of the contractor, the architect will draw up the contract and, where appointed to do so, administer the contract on site. The client may also wish to appoint a separate Project Manager.

What is Design & Build?

Under the design & build model, the end to end process is managed by one company. In practice, everyone does this slightly differently. For example, there are some firms who focus almost exclusively on the build and when that’s agreed, will employ a designer to prepare and submit plans. Other companies, place more of an emphasis on the design and therefore have two distinct phases: Design first, followed by the Build. And often there is a stage gate in the middle allowing clients to seeking competitive bids from other contractors should they wish to do so.

Ostensibly, the different approaches have the same objective: that being a more efficient method of arriving at the end result – IE the finished project. By undertaking both the design and build processes under one roof, there is the opportunity to streamline the individual elements and thus save costs – particularly with regards to the design and tender phase. These cost savings mean there is small percentage of the client’s overall budget taken up with the design phase meaning there can be more spent on the build. To translate this into percentage terms, a typical “traditional” model scheme will have total professional fees in the region of 10-15% of project value, whereas the Design & Build approach, the fees are typically half – IE 5-7.5%. In the context of a £125,000 budget – these savings would amount to almost £10,000 – which is a healthy contribution to a new kitchen!

A key consideration when deciding which model to opt for is the budget for the works. For projects where the budget is upwards of £150,000 ex VAT, it may be advisable to go to formal tender in which case the ‘traditional’ model is often the best route. However, with budgets less than £150k then the costs of formal tender will be a significant proportion of the overall budget and this procurement model will not be as efficient as the Design and Build model. At Build Team we offer a hybrid solution; our design fees are fixed at the outset – however, we also offer homeowners the option to self-tender their works via our Two-Stage process.

It is also important to consider that the contract sums returned via formal tender (the ‘traditional model’) are very often higher than the build costs delivered via Design & Build. There are many reasons for this; firstly, the contractor has to recover their cost overhead from tendering for the works and as they do not win every job, this needs to be distributed among the jobs they do win. Secondly, with a formal tender process there will be contractual obligations placed on the contractor which can sometimes be onerous and therefore attract higher costs and finally, the contractor will need to allow for dealing with a third party (namely the architect, but sometimes also a project manager and quantity surveyor) and this dialogue can often be quite time consuming.

When you are looking to undertake a Side Return or Loft extension a Design and Build company has a number of key benefits, the first is the Speed of procurement. At the start of the design phase you will have a ballpark figure for the build phase, once design is confirmed the construction arm will be able to price up the final costs for the job. By not going to a formal tender saves a significant amount of time and money which means that you can get started on the construction quickly and spend a little more of those all-important finishes.

Efficiency on site is a major benefit to using a company that has an end to end process, by housing the Design and Build departments in one office means that if any questions or issues arise throughout the construction the project manager and contractor are able to speak with the designer directly and quickly – this is ideal for fast problem solving and overcoming unforeseen circumstances saving time and money for all involved. By having a design and build department linked together also means that a lot of these issues are irons out before groundworks even begin. During the design phase the designer can cross check any details with the contraction team. There are also meetings between the designer and project manager which allow the two teams to go over the plans in detail to ensure the build runs as smoothly as possible.

Finally, Design and Build will give you added confidence in the contractor, you will be sure that the contractors used are competent to take on the works as having worked on similar projects with the company before. As a prospective client you are also able to ask the Design & Build company to see previously complete projects, or possibly visit sites during construction, to see how they work and meet contractors. At Build Team we hold Houses Tours throughout the year which allows you to view a project we have designed and built, you are able to road test the quality of the finish and meet with member of our team too.

Those are just some of the main benefits of using a Design and Build company such as Build Team, the flexibly to use us for the full end to end process or to tender out to other contractors means that in a way you get the best of both worlds with the added benefit of saving time and money. As we say not all projects are best suited to the Design and Build model so if you are considering a Ground Floor Extension or a Loft Conversion, then email hello@buildteam.com to arrange a FREE Design Consultation and speak with one of our Architectural Designers about your project and the Design and Build packages we can offer you. 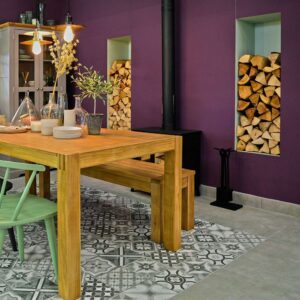 There are myriad possibilities when choosing flooring for your new kitchen extension – who knew? So trying to make the decision may be a little trickier than you first thought. Hopefully, this will help you navigate the sea of flooring options, and enable you to… 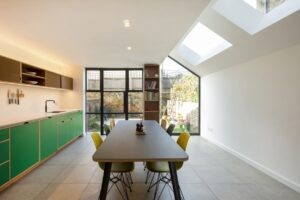 What are the alternatives to Bi-Fold Doors?

While Bi-Fold doors are still the most popular choice of door for rear extensions, due to their function and manipulability, there are multiple other options available for those who wish to do something that little bit different with the rear façade. Here we have a… 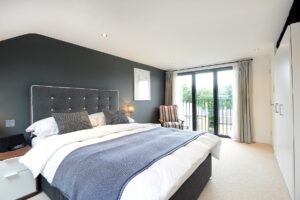 How to Make the Most of your Loft Space

The loft of your house is full of potential new space for your family and by converting it into habitable rooms this oversized storage space can be transformed into something fantastic. In most scenarios a loft conversion typically will add a new master bedroom, ensuite… 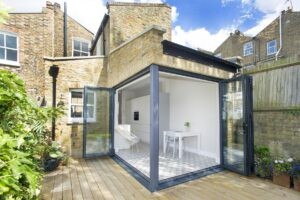 Greater London has more than 1,000 conservation areas, and so the chances of living in one are quite high. In fact, some London boroughs such as Islington, Westminster or Kensington & Chelsea have very few streets that are not within a conservation area. We are…

Local authorities have guidelines in place which dictate the maximum height your boundary wall can be; this may be different to the height of the existing fence or brick divide so it is worth checking your council’s Planning Guides to find out what yours is….