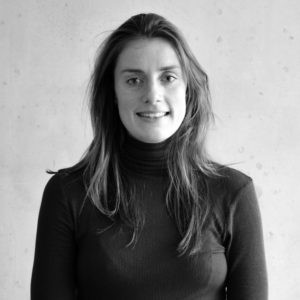 Tess grew up in Sheffield before moving to Newcastle to study Interior Architecture at Northumbria University. After graduating, Tess went travelling to explore different cultures and architecture from around the world. She settled in Australia for two years before returning back to the UK to pursue her passion for architecture and design. Tess enjoys London, in particular visiting all the different neighbourhoods in her spare time.

Many houses in London have conservatories or what is sometimes referred to as a ‘lean-to’, while some people can enjoy their conservatory, many do not. The poor construction and the way they are bolted on to the exterior of the house means they aren’t really very habitable and are often turned into storage areas or used as an overflow space for garden furniture, tools and even hanging washing.

Something we hear a lot from clients who are looking to replace their conservatory is that the space becomes redundant and unused because of its fluctuating temperature. It’s too warm in the summer, especially with these heatwaves we are now getting, then in winter it’s far too cold, in turn meaning it is only used for a very small percentage of the year. However, by replacing it with a solid extension you can claim back that square footage as usable space all year round. Here are some of the key benefits of doing so.

As mentioned above the temperature in a conservatory tends to be a major issue, the main reason for this is how much glazing they have. In the summer they let far too much sunlight into the space turning it into an oven and in winter the vast expanse of glass and poor construction lets the majority of the heat escape, turning it into an ice box.

Naturally replacing the mass of glazing with a more solid construction, such as brick and insulation, will help keep the heat in and the cold out, balancing the temperature and making it a useable space all year round.

Slightly different to temperature is heating, the act of heating a conservatory is somewhat pointless, heat is lost almost as quickly as it’s put in, due to the amount of glass and the simplistic structure. What makes heating even more of a problem is that conservatories usually have relatively small radiators for the space, if any at all. Being bolted on to the original house many conservatories aren’t plumped into the main heating system and therefore the use of electric heaters is all too common.

However a solid construction will not only keep the heat in when needed but it will also store the heat in its building materials throughout the day, called thermal mass, and release it later in the day as the weather outside cools down. A solid, permanent extension that is fully integrated into the existing property will also mean that the heating system is extended into the new space allowing for a more regulated and constant temperature to be maintained.

While conservatories are known to last quite a while, many still being present from the late 80s and early 90s, they may not be in the best working order a few decades on. The fact it’s still standing doesn’t mean its functioning properly or effectively. You will find many have gaps from minor movement over the years that let in cold air or broken seals on the windows that make the double glazing redundant.

Solid construction will last far longer without the need for maintenance, this is due to being made of more robust materials that have a much better resistance to structural movement, natural weathering and wear.

Most conservatories are cheap white plastic boxes which don’t stand well next to the main property and while you can get some beautiful glass box conservatories these will cost you an arm and a leg and may still have the issues above.

A solid extension, on the other hand, allows you to be much more creative with how it looks, from the building materials to shape and form. An extension will also fit in with the exiting building far more pleasingly, Conservatories can begin to look unsightly once they being to diminish whereas a solid structure will only age in tandem with the existing building.

If you have an old conservatory or lean-to you want to replace with more useable, practical space then please give us a call on 0207 495 6561 or email hello@buildteam.com to speak to one of our Enquiries Team to find out how Build Team can help.

Creating a Spa-Like Oasis: The Top 10 Bathroom Trends for 2023

Bathrooms have become more than just a functional space in our homes; they are now a sanctuary for self-care, relaxation, and rejuvenation. With the latest bathroom trends for 2023, you can elevate your space and create a spa-like oasis at home. From pastel colours and…

Read More
10 Improvements To Add Value To Your Home

Home improvements can be an excellent way to increase the value of your property, whether you are looking to sell your home or merely increase its market value. However, determining which enhancements will provide the most value can be challenging. In this article, we will… 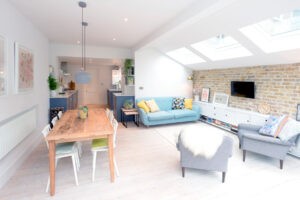 10 Ideas To Inspire Your Home Extension

Home extensions can be a great way to add value and more space to your home but knowing where to begin can be challenging. The process of planning and building a home extension can feel overwhelming, but it can also be an exciting and enjoyable experience with the right inspiration.

To help inspire your home extension project, we’ve compiled a list of 10 popular ideas to enhance your home and create the ideal environment for you and your family. There’s something on this list for everyone, whether you’d like to add more natural light or make your home feel more open and connected, 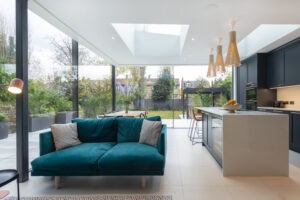 Why It Pays To Beat The January Rush

Boxing Day is the start of the January planning rush, with homeowners who have put their extension project’s aside over Christmas, competing for design consultations and to get their planning applications submitted. Our data shows that planning applications dramatically increase in January, so if you…

How has the pandemic evolved interior design

Covid-19 has had a major impact on every industry across the globe, design being one.

When we look at the residential designs in UK, we often come across Victorian houses with similar aesthetics. But some of our clients often ask us, how do we make our house stand out from the rest? Well if you are one of them, I would suggest to continue reading for some interesting insights.